​Tips for choosing the right Modern Award for your employees​

There are currently over 120 Modern Awards that set the terms and conditions of employment for the majority of the Australian workforce.1 It can be difficult to determine which of these many Modern Awards cover your employees. Unfortunately, if you get it wrong, the consequences are always expensive.

In 2018 the cosmetics company LUSH reported itself to the Fair Work Ombudsman after discovering that it had underpaid more than 3,000 employees by $2m across an eight-year period. The company’s underpayment dated back to the introduction of the Modern Award system in 2010 and was attributed to a failure by the company’s manual payment system to “interpret the intricacies of the Modern Awards correctly” and to apply the correct Modern Award. To date the company has paid back more than $4 million to past and present employees.

There is no doubt, interpreting Modern Awards can be challenging even for the biggest (and most well intentioned) players, so we have some tips to help you choose the right Modern Award for your workforce. However, before going any further, what are Modern Awards and how do you apply them?

What is a Modern Award?

In January 2010 a new National Workplace System was introduced in Australia establishing not only the National Employment Standards (comprising the 10 minimum employment entitlements that must be provided to all employees) but also the Modern Award system.

Modern awards are enforceable documents that outline the minimum pay and conditions of employment in a particular industry, including hours of work, rosters, breaks, allowances, penalty rates and overtime.2 The list of Modern Awards can be found on the Fair Work Commission website.

How do I know what Modern Award applies?

The application of most Modern Awards is determined according to either the industry within which the employer operates or the employee’s occupation3. For example, a nurse may either be covered by the ‘Nurses Award’ or the ‘Social, Community, Home Care and Disability Services Industry Award’, depending on who their employer is.

When choosing the correct Modern Award for an employee, a good starting point is using the Fair Work Commission Awards Finder Tool to determine which Modern Award(s) may apply to your workforce. Next double check that you are referring to the right award by comparing the employee’s duties with both the Modern Award’s coverage clause and job classification clause that provide information about the employers or industries to which the Modern Award applies. If an industry or occupation does not have a dedicated Modern Award, your employees may be covered by the aptly named ‘Miscellaneous Award’.

Help, I think more than one Modern Award applies!

Depending on the job undertaken by a worker, more than one Modern Award may appear to apply.

If a court is required to determine which Modern Award applies, the court will look at:

The question is one of fact to be determined by reference to the duties attaching to the position, rather than the job description and title.5

I know which Modern Award covers my employees – what now?

Once you know which Modern Award covers your employee(s), you need to carefully consider how each employee is classified under the Modern Award. This is because the pay rate is dependent on the classification – employees with higher classifications are generally entitled to a higher pay rate.

Each Modern Award contains classification descriptions which categorise employees depending on qualifications, experience or key duties. These are usually found in a Schedule to the Modern Award document.

Some Modern Awards also include ‘pay points’ or progression points allowing an employee to increase their pay scales (for example, after one year in the job). For this reason, it is beneficial to be familiar with the various Award classifications.

What if you have made a mistake in the application of a Modern Award?

1. If you think that you may have made a mistake in the application of a Modern Award, we recommend that you:

2. Read the applicable Award, beginning to end. Sorry, but there is no shortcut to this one.

3. Highlight any areas where you are not 100% confident that your business is compliant (either now or in the past).

4. Put together a table of the employees that you think may be affected by the issues you have highlighted, including employee details such as:

6. On the employee table, make note of any identified discrepancies that may apply to each individual employee by reference to the employee’s actual role/pay rates and the Award provisions.

7. If you think there is any chance that you have not complied with the minimum provisions set out in the Award for any of your employees, you should attempt to work out the extent of any shortfall in entitlements that you have provided to that employee and either:

How can we help?

Navigating the (sometimes) complicated world of Modern Awards may seem like a daunting task, but it’s important to break your compliance strategy down to manageable steps and deal with each step systematically and comprehensively.

There are many useful free tools and resources on the Fair Work Ombudsman’s website including detailed Pay Guides and assistance for Small Businesses. If, you lose your way, it’s important to seek professional help and take action early. Call us on (02) 9199 8597 for assistance in getting employment contracts right, the application of correct awards and dealing with disputes.

[4] Usually under clause 4 in any relevant award. 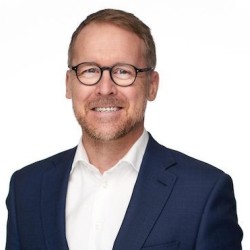